Veteran Greenham Common peace campaigner Sarah Hipperson has completed the final act in a peace drama that has dominated the last 30 years of her life.
The final act saw the Greenham Common Women’s Commemorative Peace Garden, created by the women peace activists, handed over last month to the people of Newbury.

Sarah, 87, recalled that the land had effectively been occupied by the military for many years, before the women peace protesters arrived in the 1980s. It was as a result of legal proceedings brought by the women that it was finally established that the military had no right being on the land, as it belonged to the people. It was the final victory for the women who had so bravely fought against the stationing in the 1980s by the US government of nuclear missiles on the Greenham Common site.


Sarah had lived a relatively straightforward life up until the momentous day in 1983 when she decided to go down and join the women’s peace camp in Greenham.


A native of Glasgow, she became a nurse and mid-wife in her late teens, delivering babies in the Govern area. She then decided to emigrate to Canada, where she lived for 16 years, nursing, getting married and having five children. She returned to England in the 1970s, settling in the east London suburb of Wanstead.


Life at this time involved being a member of the local justice and peace group at Our Lady of Lourdes Church, as well as sitting on the bench as a Justice of the Peace.


During the early 1980s Sarah became increasingly frustrated with trying to raise awareness of nuclear weapons in Wanstead.


She showed Helen Caldacott’s film “Critical Mass” about the dangers of nuclear weapons. “There would be a numbing effect but it went no further than that,” said Sarah, who became a member of CND in the 1970s and worked with Catholic Peace Action.


Moving to Greenham Common in 1983, proved a liberating experience. The catalogue of events that followed over the next couple of decades, with a series of peaceful actions, court cases and imprisonments, all formed part of the work.


“The work is to achieve complete nuclear disarmament,” said Sarah. “We have all been involved in the crime that presents itself as nuclear deterrent. The bottom line is that we will use weapons that are 80 per cent more powerful than the Hiroshima bomb, in the case of Trident, as part of the defence policy of this country. As a Christian I have never been able to live with that.”

For Sarah, the whole concept of nuclear weapons runs contrary to the word of God. “Nuclear weapons will finish off the planet through which God’s creation finds a way to live out the life given to it,” she said.
Sarah found Greenham Common a highly spiritual place, where she was able to channel her anger by getting involved.


She recalled a 10 week period in 1984, when a group of women were on the common, with virtually nothing but what they stood up in. “Then the police were called to go and police the miners strike,” she recalled. “The tents could then come back onto the land.”


Over the years, Sarah was repeatedly arrested for peaceful direct actions, like blocking vehicles at Greenham Common and cutting fences. She served 22 sentences, the longest being 28 days in Holloway for criminal damage. “I never paid a fine,” said Sarah proudly.


Appearing in court gave the opportunity to openly question the legality of nuclear weapons. There have been successes, such as when the Law Lords declared that the bye-laws that the Ministry Defence had been using to remove women from Greenham Common were invalid. “We had every right to be there, the military had no right to be on the common,” said Sarah. The women also saw the fence around the common declared illegal.


When the missiles were removed from Greenham Common in the early 1990s, Sarah continued her protest against Trident. This involved actions at nearby Aldermaston.


The Greenham Common airbase is now long gone but Sarah and some of the women established a garden there in 2002 to mark the action. “It was an undeveloped piece of land, when we put tents on it, now it has sculptures, stones and special plants,” said Sarah.


Part of the garden has been dedicated to Helen Thomas, who was knocked down by a military vehicle and killed, aged only 22, during the protest.


The garden has been a continuation of Sarah’s life’s work over the past 12 years. She has raised £78,000 for the garden, most of it coming from small donations made by hundreds of people.


Sarah sees the handing over of the peace garden as her final act, completing the Greenham cycle. The land being handed back to the people. She recalled that at times during the protest, the local people were far from friendly.


“On one occasion, we were getting some shopping in Tescos and at the check out the assistant would not ring the sale through. She said there is disease at the camp,” said Sarah, who recalled how another of the quick thinking women then told the women to ‘go round the shop and touch everything – especially the meat.” The assistant then took the women’s money and they went on their way.


On another occasion, Sarah got on a bus, after a court appearance, to go back to the Greenham Common site. The bus driver refused to move until she got off the bus. A stand off ensued before he finally drove off. She recalled getting off short of the camp, because she knew the driver out of spite would not stop at the camp but go straight on and dump her in the country.


These type of happenings underline how strong the feelings went on both sides, so the creation of the garden and now its return to the people of Newbury marks the final act of reconciliation of all sides.


Recently, Sarah was reunited with some comrades from her peace actions at the funeral of Jesuit Father Gerry Hughes. He was a friend for many years. At the funeral Sarah was given a copy of his final book, published just a couple of weeks before he died. Father Hughes had been intending to give the book to Sarah in person but events intervened, so that was never possible.


Sarah’s battle maybe over but the struggle against nuclear weapons goes on. There are the ongoing protests against Trident at Faslane and other parts of the country. Sarah believes that the legality of these destructive weapons need to be tested in the international courts.


In a world that seems to get more violent with each passing decade, the struggle for peace goes on. Sarah Hipperson and the women of Greenham played their part in moving that struggle a little further forward. 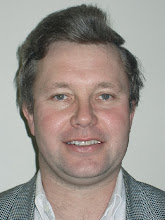